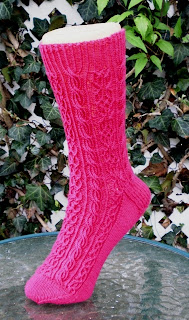 Messed up and used Size 1 after the ribbing for the second sock (first sock was all Size 0), therefore the second sock has a shorter toe so at least the length matches.  Glad to have these done, they are beautiful.   If (very big IF) I ever did these again I would do them two at a time.  The yarn is Cascade Heritage.


Made a Multnomah, a free pattern by Hello Knitty, an enjoyable and quick knit resulting in more of a scarf than a shawl which has been gifted to my daughter.  The yarn is Zauberball. 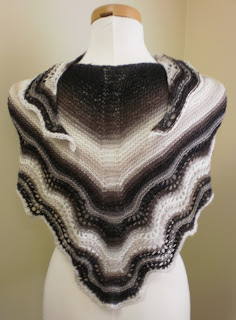 I like everything symmetrical even it doesn’t really matter; didn’t want to have the increases one on top of the other; and didn’t want holes on either side of the 5 center sts, so I made a few modifications to the pattern:

Saw this yarn:  Red Heart Shimmer at Joann's Fabrics and just had to make something the glittery fuchsia for my little girlfriend.  Found this adorable pattern:   Knit Lace Leaves for Baby by Jeannine LaRoche.  The shoes are based on Saartjes Booties. 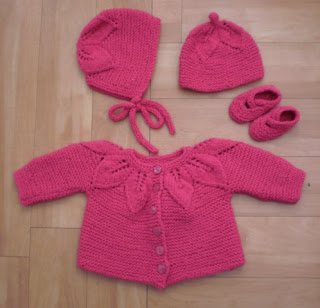 This week I spent a few days in NC with my almost nine months pregnant daughter and her awesome husband (he has been waiting on her hand and foot).

Just before I left there on Thursday we paid a visit to The Salty Sheep in Swansboro, NC. 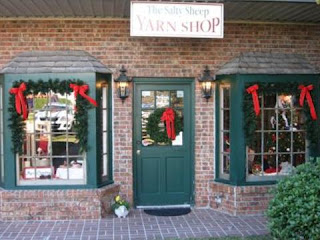 We bought an Addi Bamboo circular and some nice yarn;  then we went to lunch and while I ate Jess was inspired to learn to knit.  When we went home she got a quick lesson in purl, yarn over, knit two together, cast on and bind off - makes me such a proud knitting mom! 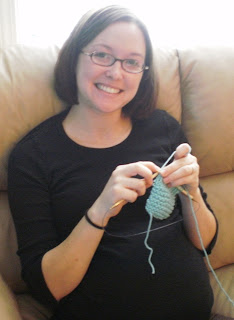 On Friday my son and his girlfriend both finished their degrees and they both did it in only 3.5 years - yay for Mike & Katie!  Mike's degree is in animation, he shows some of his work on his blog. 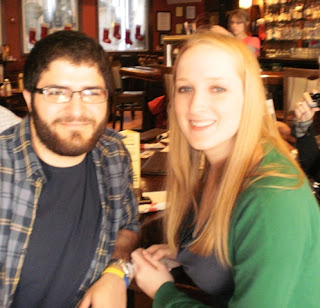